Crisp on the outside but fluffy throughout, skeptics wouldn’t even believe this blueberry dutch baby is both dairy and gluten free. A dutch baby is like a pancake, but baked in butter in a hot oven. They’re fun to make because the cooking method is quite unlike any other: Vegan butter is melted in a cast iron skillet— not on the stovetop!— Then a pancake-like batter is poured into the hot skillet. Twenty minutes later, the dutch baby is pulled from the oven and enjoyed. In this recipe, we crumbled a Blueberry Vanilla LivBar to top the dutch baby alongside fresh blueberries: It’s as easy as throwing those fresh berries right on top of the batter before baking. Then, a drizzle of maple syrup brings everything together for some necessary sweetness.


To make it dairy and gluten free, we simply switched cow’s milk for coconut milk (you could also use almond milk) and grabbed our favorite gluten free all purpose flour. Bob’s Red Mill 1-to-1 Gluten Free Baking Flour is our prime choice to make it just as fluffy as a standard flour with gluten. And if you want to get even more creative and for a little bit of a crunch, you could even throw some of that Blueberry Vanilla LivBar right into the batter! 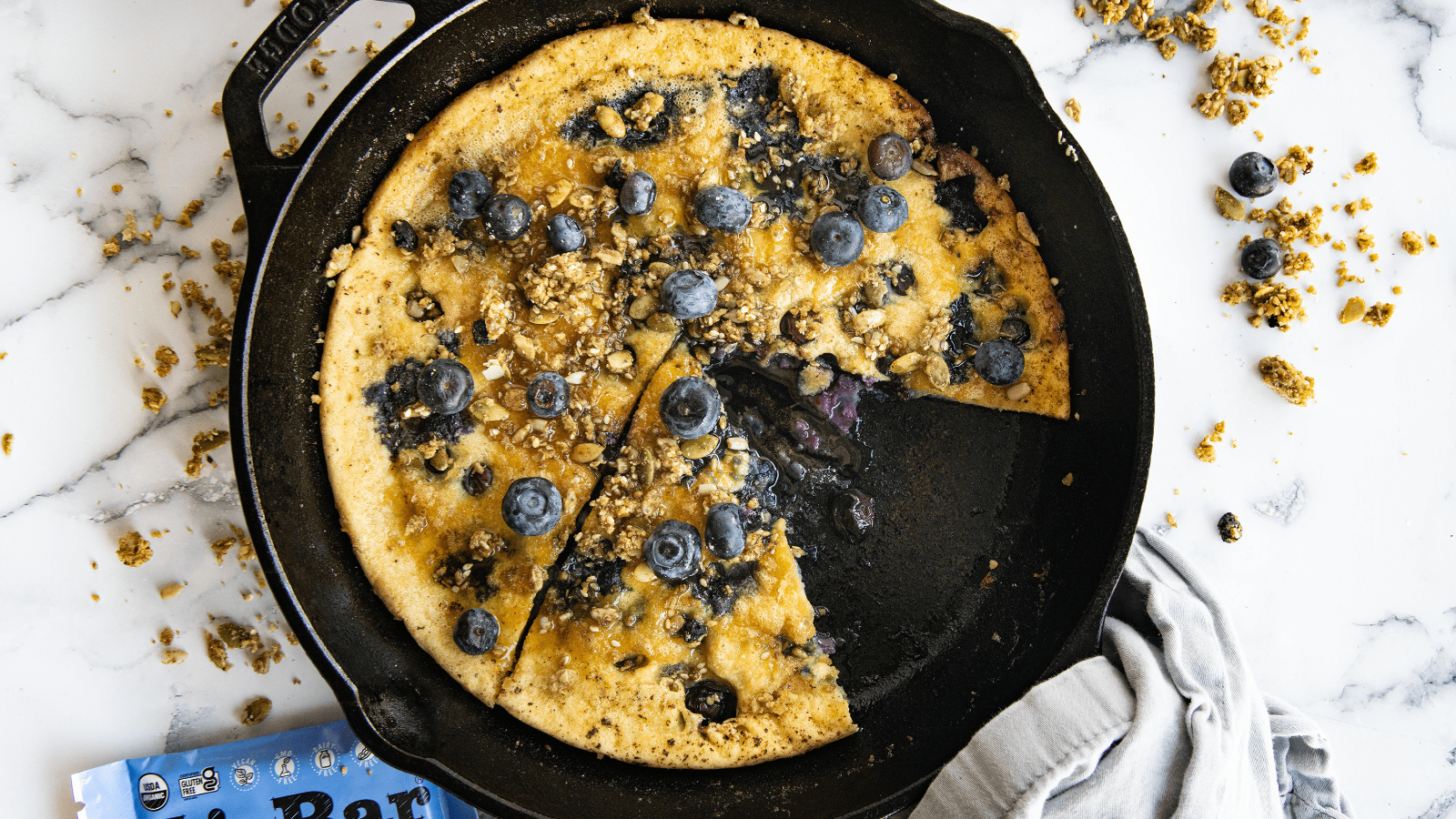